What makes our company so great is most certainly the people here who are dedicated to providing you the best experience possible. 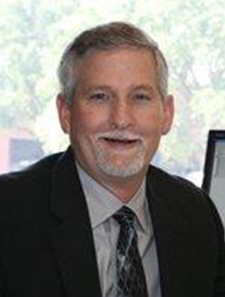 Chip has been in the alarm industry since 1979 working as the branch manager for a local distribution facility and as operations manager for an independent installing company before playing a dominant role in starting Southwest Dispatch Center in 1989. “Having been with an installing company using an offsite monitoring facility, I felt there was a need in this industry to have a central station that allowed Dealers the ability to have the central station done their way. Southwest Dispatch Center was founded with the philosophy that the central station works for the Dealer. I believe you, the Alarm Dealer, are the most important part of my business. It is my goal to provide you services that will save you time and allow you to make more money.” He is very active in alarm industry associations, currently serving on the boards of the National Electronic Security Alliance, the Texas Burglar and Fire Alarm Association and the North Texas Alarm Association. 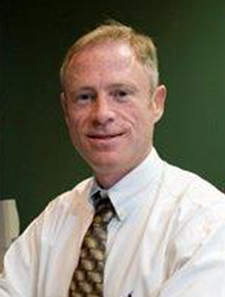 Brant joined Southwest Dispatch Center in 1995. He is actively involved with the North Texas Alarm Association, the Texas Burglar and Fire Alarm Association and the Northeast Chapter of the TBFAA. He currently is licensed by the Private Security Bureau as an Alarm level One, Level K and Level H instructor, as well as, being a SIA Certified trainer. Brant also serves as Treasurer for Dallas County Judge Jim Foster. 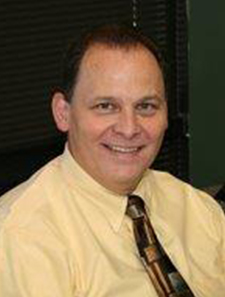 Malcolm has spent the most recent forty-plus years working in the electronic security industry. He started his career with Smith Alarm Systems in the 1970’s before he and Bryan McGee started Knight Security Systems in early 1983. After selling Knight Security Systems, Malcolm joined Southwest Dispatch Center, which has serviced Knight’s customer base since 1989. Malcolm states, “It was an easy decision to join Southwest Dispatch because of their commitment to the alarm dealer and its customers, which I experienced firsthand. Their innovative approach towards technology and solutions are a big reason for the success Knight Security Systems experienced for more than twenty years.” Malcolm brings a dealer’s perspective to the team at Southwest Dispatch Center, along with a long history of alarm-industry association work with the North Texas Alarm Association, the Texas Burglar and Fire Alarm Association and the National Burglar and Fire Alarm Association. 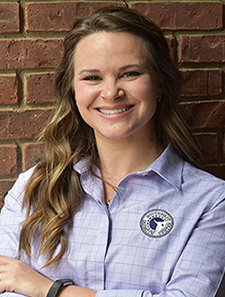 Sam joined Southwest Dispatch Center in 2010 after working in the healthcare industry, and in very short order put her creative and organizational skills to work. Sam’s primary goal is to keep our dealers informed of our existing and new service offerings. As a critical member of the Southwest Dispatch Center sales team, Sam is well equipped to assist a dealer in any way possible. 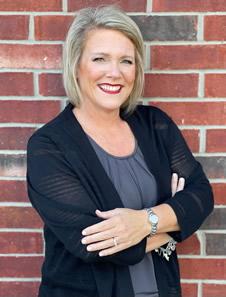 Mary has worked in the wholesale alarm monitoring industry in the greater Houston area for more than twenty years and started her career with Southwest Dispatch Center in the fall of 2016. Initially her background was in billing and that transitioned throughout the years as liaison between the dealer and central station. You most likely have met or crossed paths with Mary during any number of trade industry events, or during one of the many Texas Burglar & Fire Alarm Association or Houston Gulf Coast Alarm Association events as she has held positions both boards for several years. She has served as Regional Director, Membership Director, Editor, Secretary and Vice President. She currently serves as Convention Chair for TBFAA’s Annual Convention. 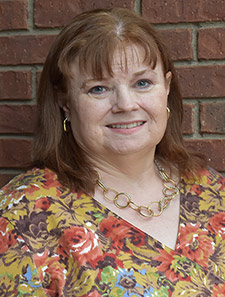 I came to work at Southwest Dispatch Center in 2011 after working in many hospitals as unit secretary. I started out in the Central Station, then transitioned to Data Entry and Dealer Services as the Special Account Representative. I enjoy assisting new dealers in making their transition to us as easy as possible.

In my spare time, I enjoy teaching religious education to middle school students at my church and spending time with my son, family and friends. 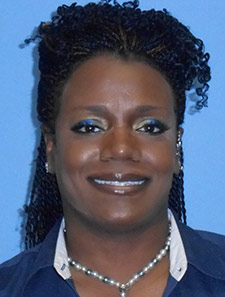 Gerry Wortham is a native of Indianapolis, IN. She relocated to the DFW area in 2004, and embarked on a new career in the fire/security industry as a customer service representative for Brink’s Home Security. After two years with Brink’s Gerry accepted a position as Central Station Supervisor with Southwest Dispatch Center where she effectively served in that position for 8 yrs. In an effort to increase her knowledge of the fire/security industry, she accepted a job with the Southwest Dispatch Center sales team as a Dealer Relations Associate assisting the SDC sales representatives with in house office activities, coordinating in house trainings for our dealers, marketing of SDC services, event planner and graciously assisting our dealers with pricing and new account setup. Gerry has also served as corporate secretary for the North Texas Alarm Association, and enjoys dedicating a portion of her volunteer time to the electronic security industry. She enjoys cooking, reading, horseback riding, interior decorating, and spending her spare time with family and friends. 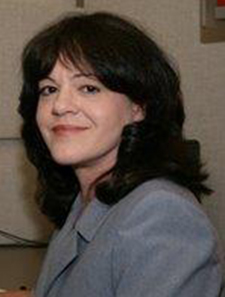 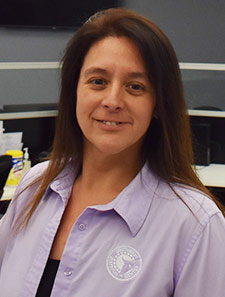 Danielle has been in the alarm industry since 1995 where she started as an alarm monitor. She joined the Southwest Dispatch Center in 2010 when she took the position of Monitoring Manager. In her role as Director of Monitoring Services Danielle oversees the day to day operations of Alarm Dispatch, Customer Care and Video Monitoring. In addition to her daily duties, Danielle works to continue to expand our Video Monitoring Services and has worked closely with our Management Team in designing and planning our new location opening late 2019. Originally from California, Danielle moved to Texas for school. She married her college sweetheart and is a mother of 3 kids and a bulldog. Her family is the center of her universe and she considers her co-workers and extension of her family. 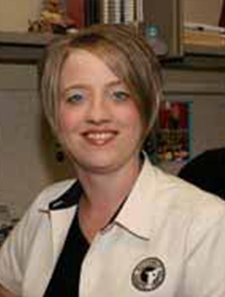 Becky has been with Southwest Dispatch Center for over 13 years, 10 of which was as the Training Coordinator. In 2017, she accepted a new role as the HR Manager. Her personal dedication allows her to provide superior service to both external customers and to the “family” of employees at SDC. Her professional experience includes a strong emphasis in employee recruiting and retention, benefits, payroll, office administration and all company and employee licensing. Nestled up near Canada, Becky was born and raised in Michigan’s Upper Peninsula where you lose yourself in the pristine woods, amazing waterfalls, and let’s not forget, over 200+ inches of snow each winter! 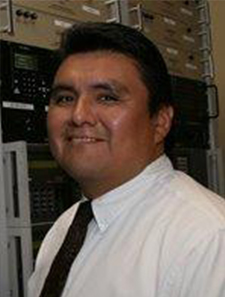 With almost fifteen years experience in the electronic security industry, Michael is well prepared to handle even the toughest task. After attending the University of New Mexico with an electrical engineering major, Michael learned the ropes of the alarm industry and alarm monitoring business. While Michael is a Microsoft Certified Systems Administrator, no piece of paper can compare to his extensive history and training in electronic security monitoring technologies. Michael and his IT team manage the in-house network and receiver equipment systems, and perform daily tests and inspections to ensure the consistency that every dealer expects and deserves. Michael still finds time to return to his home state of New Mexico several times each year where he enjoys visiting with his parents and friends. 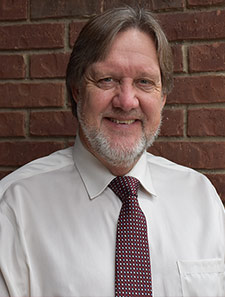 Ken Walker joined Southwest Dispatch Center after serving the electronic security industry for more than three and a half decades. Ken is a native Texan, grew up in the Dallas and Houston areas, and later attended Sam Houston State University. Ken’s initial entry into the electronic security industry was with a small installing company as an installer. Within a few years he had accepted an opportunity with a large regional integrator in Richardson, where he spent the next thirty-plus years, and managed several operations within that organization. He is trained and/or factory certified by many of the industry’s top equipment manufacturers, including Bosch, DSC, Kantech, Fire-Lite, Silent Knight, and EST. Ken has managed access control, intrusion, fire, video, intercom, and structured cabling installations and service operations, and has leveraged his extensive training, including the National Burglar and Fire Alarm Association’s Certified Level 1 and Advanced Electronics Level II programs. Ken was one of the first individuals to complete “Southwest Dispatch Center’s AES Certification Technician” training program. Ken’s area of responsibility with Southwest Dispatch Center is continued enhancement to the “Southwest Dispatch Center’s AES Certification Technician” training program, as well as daily management of Southwest’s extensive AES IntelliNet Mesh Networks and related systems. 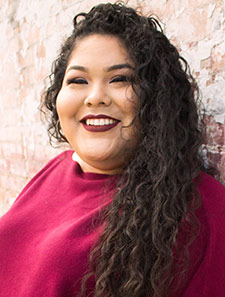 Karen began her career at Southwest Dispatch Center in February, 2014 as a Bilingual Dispatch Operator. By the end of 2014 she was promoted to Lead Operator and to Supervisor in 2015. As the opportunity for expansion and growth arose for Southwest Dispatch, Karen began her training for the Central Station Manager position in 2017. She has since relocated to work with our Management team to help oversee the designing and planning of our new location opening late 2019. In her new role as the Central Station Manager for our Houston office Karen will oversee the day to day operations of Alarm Dispatch, amongst additional roles. During her spare time, Karen attends college to complete her Bachelor’s degree, enjoys traveling and spending time with family and friends.